Initially Costco turned down their current site. One of Costco’s visionary leaders sensed a larger under-served market potential and looked deeper. Costco re-evaluated the site using a Trade Zone that went to 75th Street, including Kansas City’s most affluent areas. The Union Hill location is Costco’s best performing store in the Midwest and draws regular customers from as far south as 95th Street. Without vision, Costco would have missed its best performing store in the Midwest.

In the middle of it all. 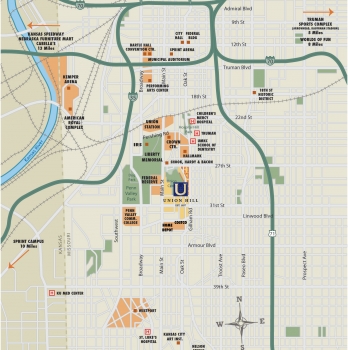 Contact Us
Stay Connected
Copyright All Rights Reserved © 2020 | Design by Grape Design Studio
Our policy of continual attention to design and construction requires that all specifications, equipment, dimensions and prices are subject to change without notice. All dimensions are approximate.